Meet Niven and Vani, whose story began with oceans and miles separating them.  Although Niven is Mauritian by birth, he grew up and lives in the United Kingdom, while Vani lives all the way in Mauritius. The two decided to gather all their guests of diverse cultures, religions and backgrounds in their home country of Mauritius for their beautiful Tamil Hindu wedding ceremony and memorable celebrations.

Our wedding shoot for the weekend of May 20th 2017 took place all over the island of Mauritius -which in essence meant one word for us – Road trip!

Engagement Shoot- Niven and Vani’s rendez-vous with a sunset

“Barefoot in the sand” 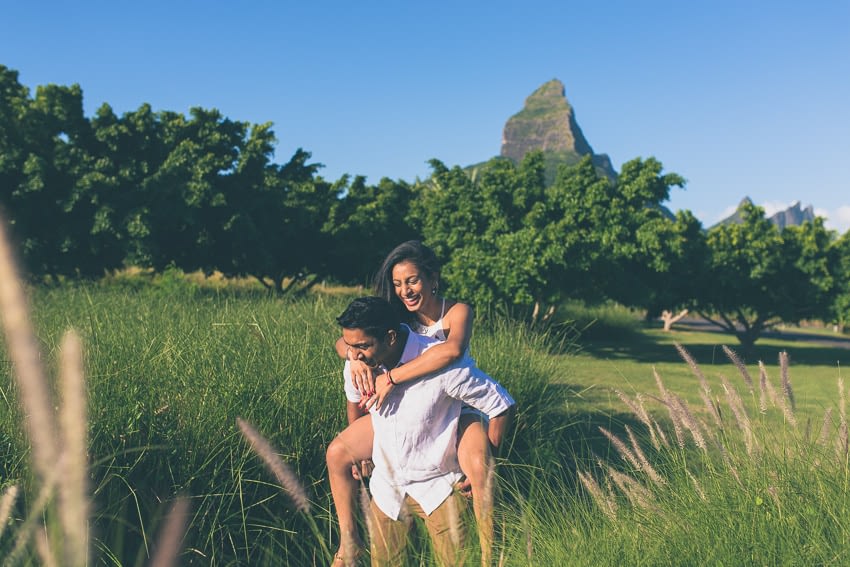 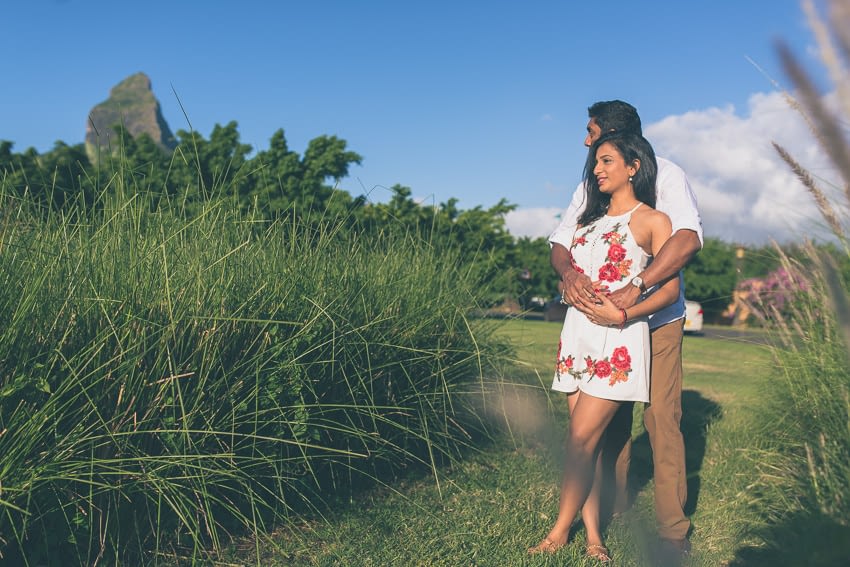 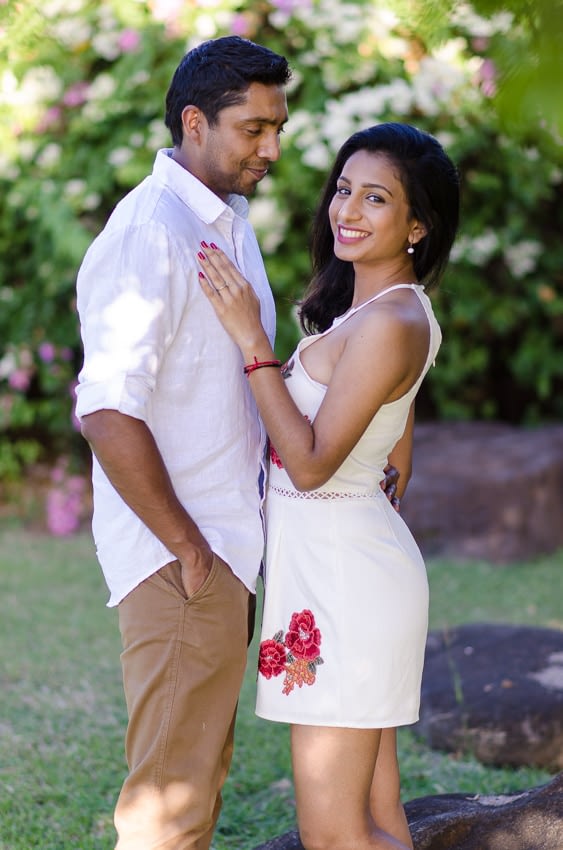 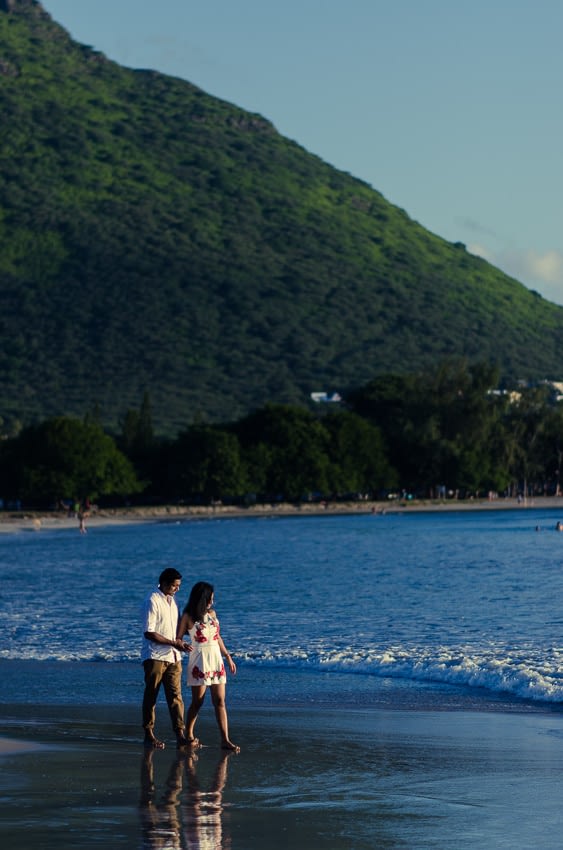 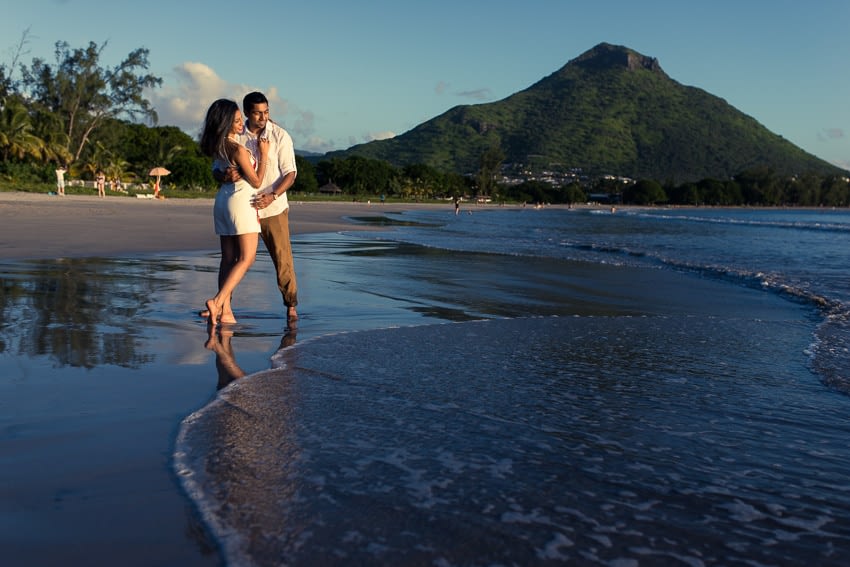 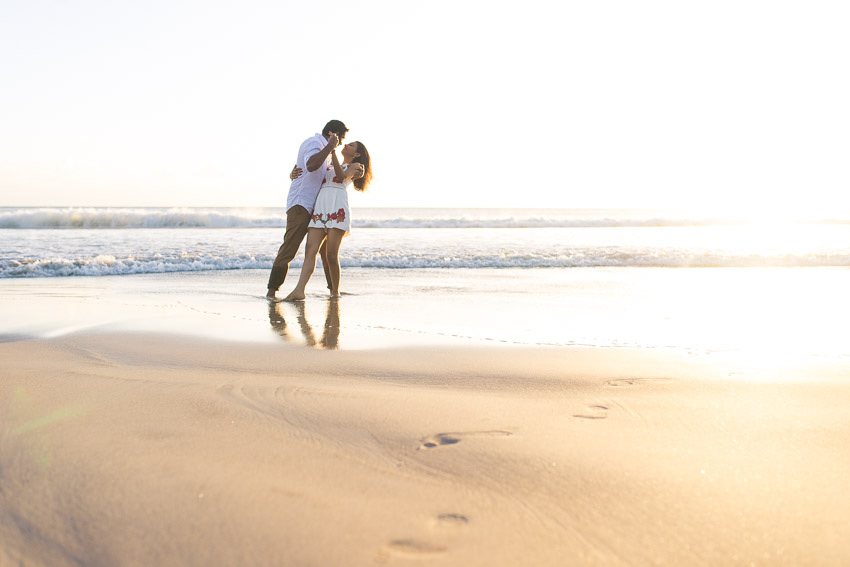 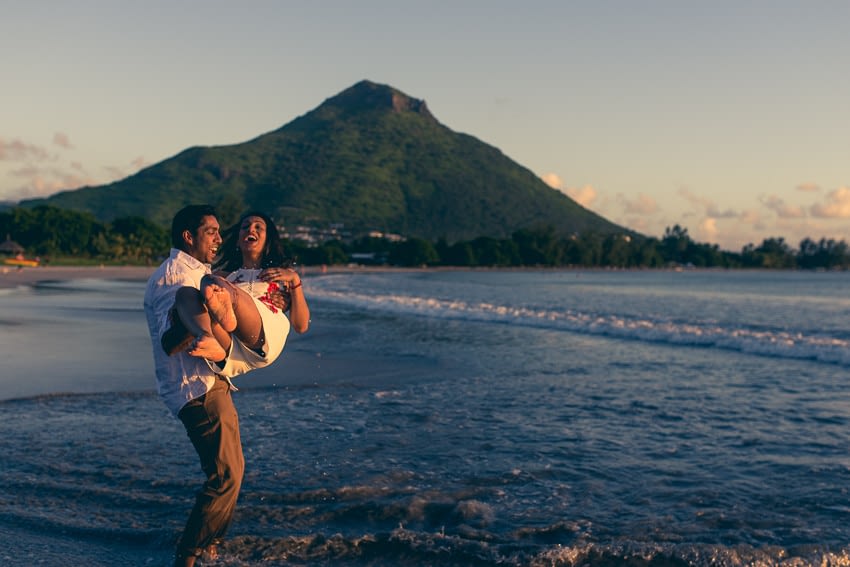 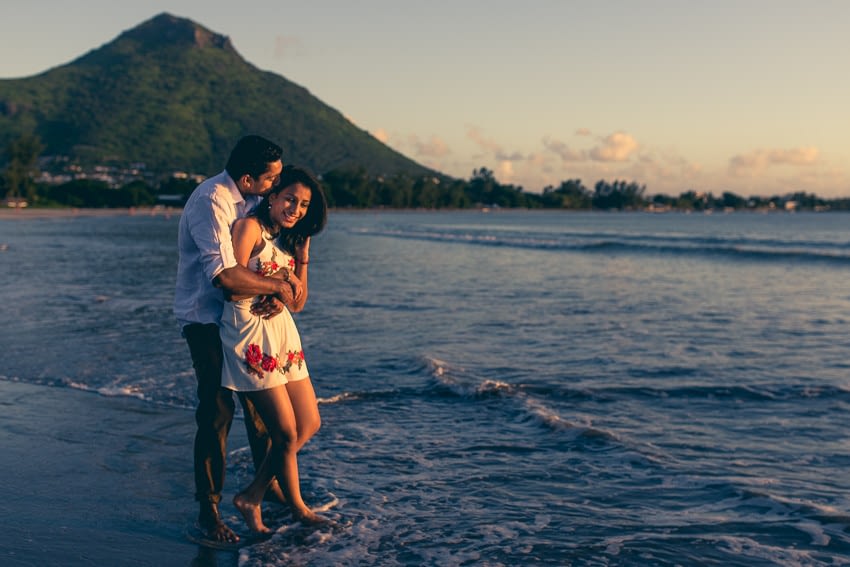 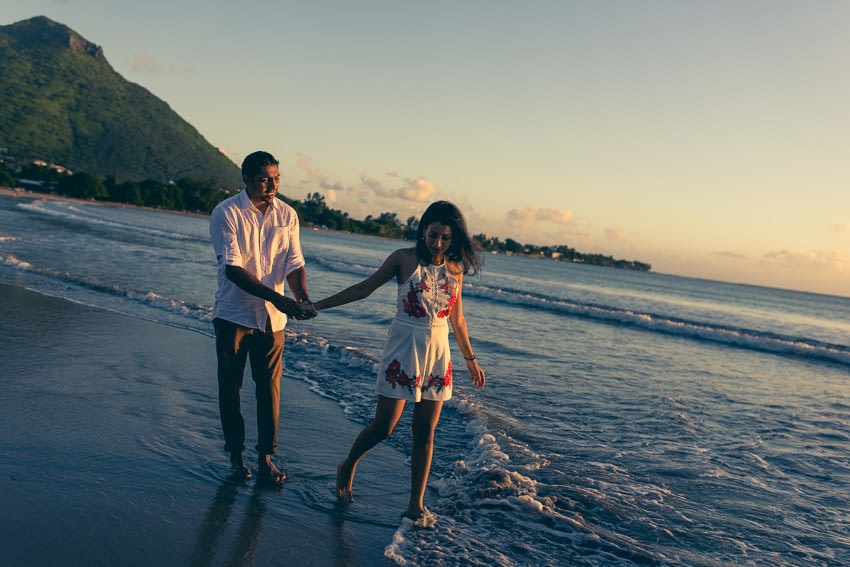 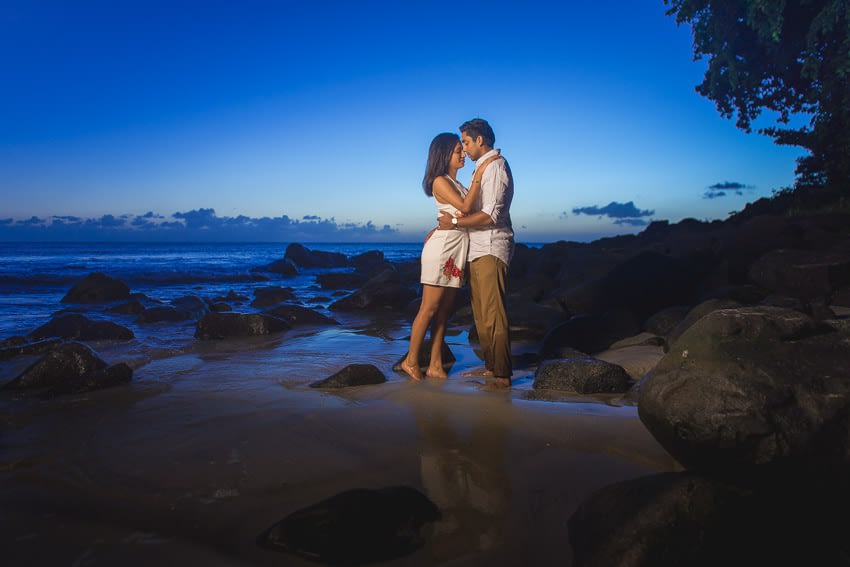 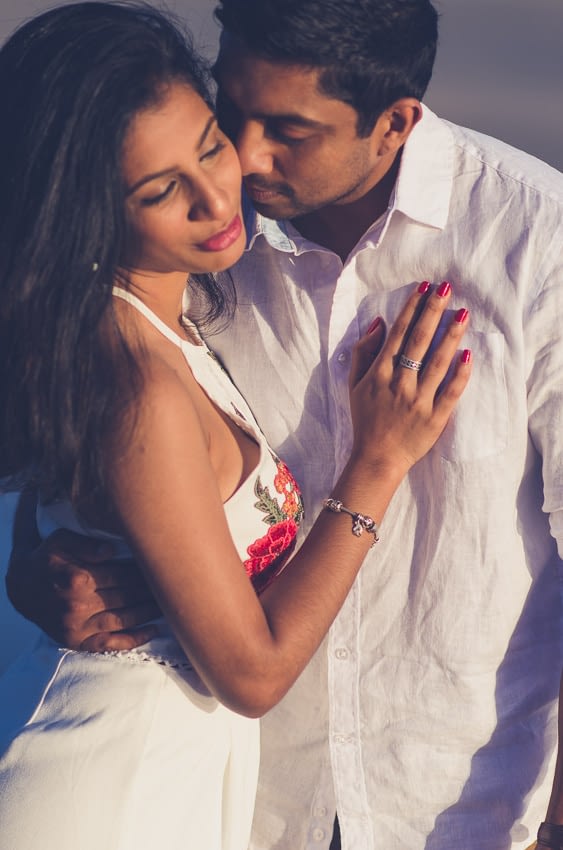 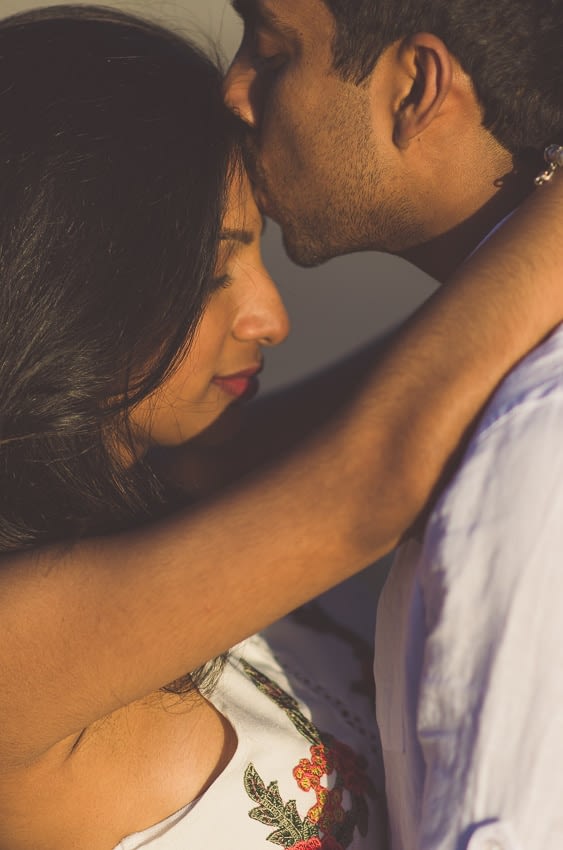 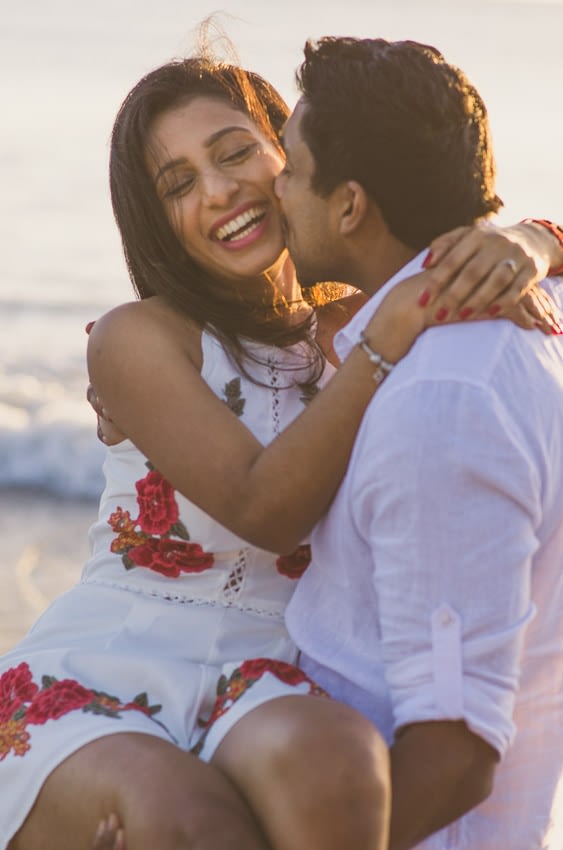 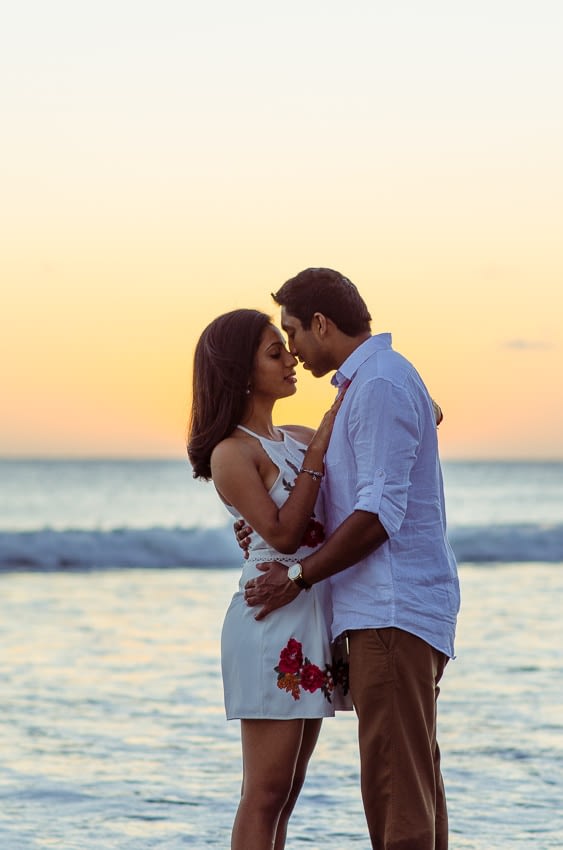 As the sun slowly bid farewell to us with a fashion show of colours in the background, the two strolled hand in hand, and watching them one could immediately tell that in that very moment, they had not one care in the world but the enjoyment of each other’s presence. As a wedding photographer, this relaxing setting is the kind you always hope for during an engagement shoot.

May usually welcomes in the Winter season in Mauritius, which makes for cooler weathers-so as they say, “not too hot, not too cold”. That particular afternoon had also opened its arms to an embracing little breeze, which you could clearly see as the wind lightly caressed Vani’s hair and seemed to teasingly pull at Niven’s shirt.

The two were naturals, and the combination of Niven’s playful nature and Vani’s graceful poses which she undoubtedly mastered from her many years of dance, made for a truly breath-taking engagement shoot. The setting was perfect for an engaged couple who were about to begin their new chapter together.

A Tamil Hindu wedding is a very important and lavish celebration in the Tamil Faith. Tamil weddings bring both sides of the family together in an unforgettable and grand ceremony which usually lasts between one and two hours. The couple followed rituals to exchange their vows while the guests honoured their presence by being witnesses to this holy matrimony. A Tamil hindu wedding ceremony in Mauritius usually takes place over the course of three to five days. Traditionally, Indian wedding customs begin with on Friday.

Sunday begins well before sunrise, with another Tamil hindu wedding custom, the  Saffran ceremony, which usually take place separately in the homes of the bride and then of the groom. This beautiful ceremony involves offerings of blessings from the family through saffron, fresh fruits and flowers. 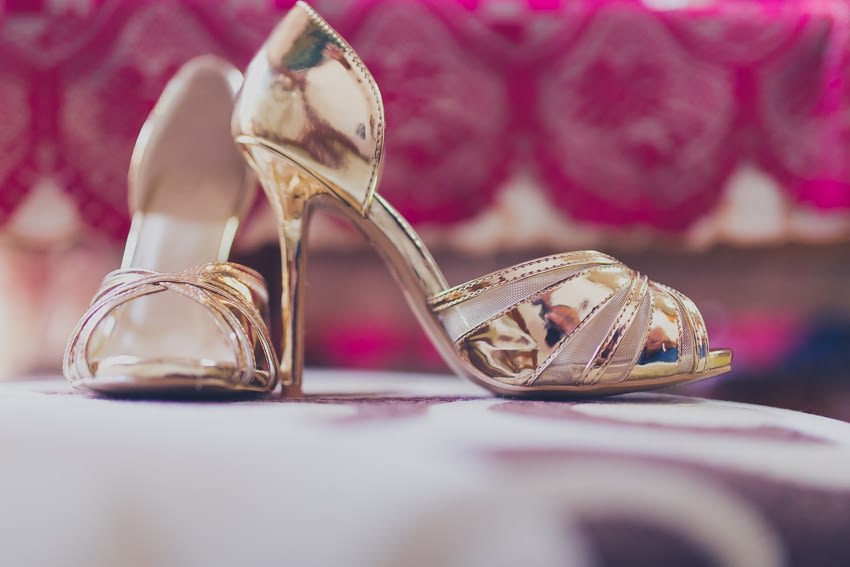 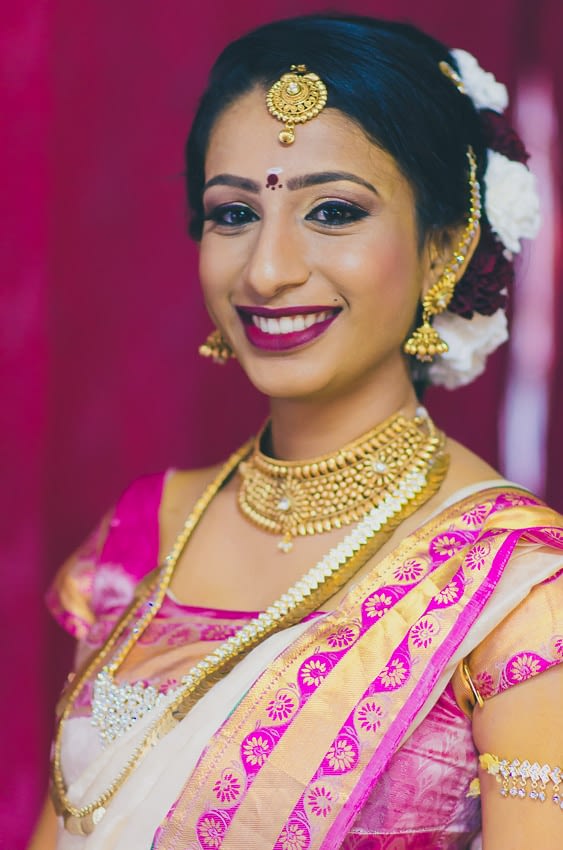 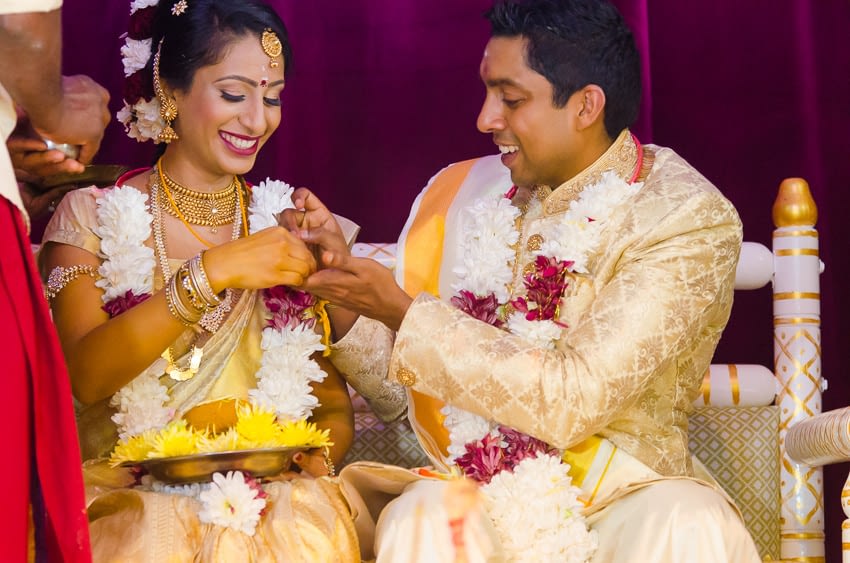 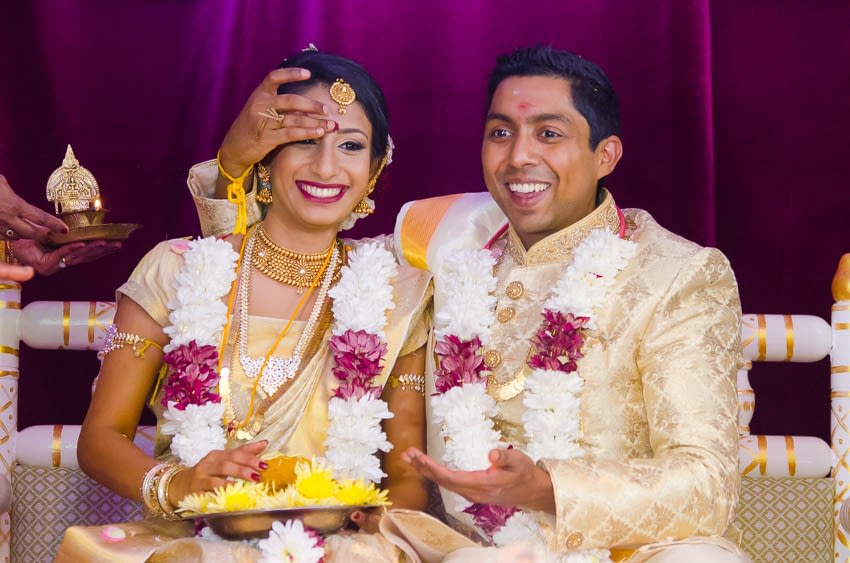 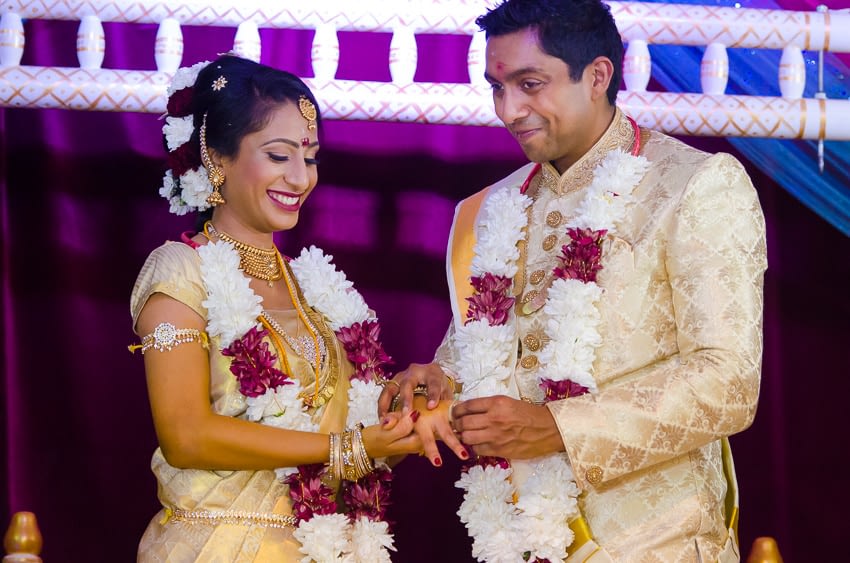 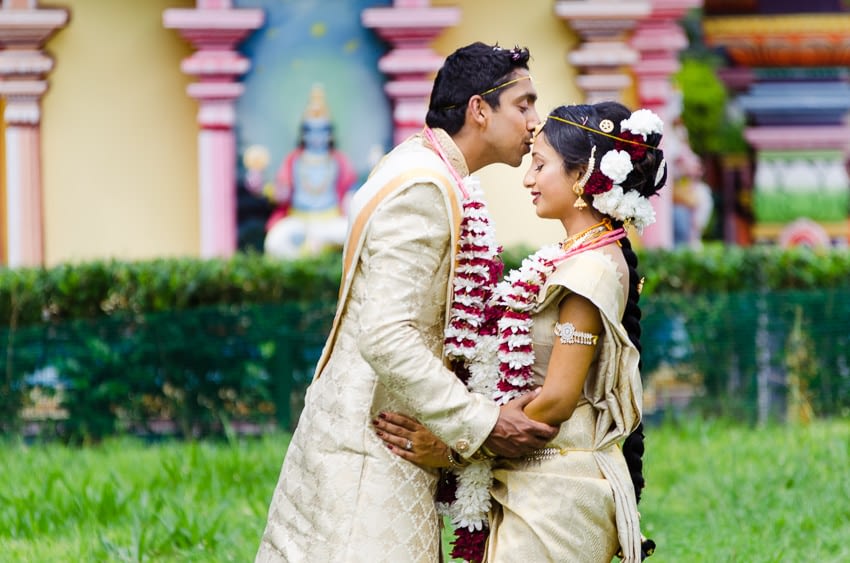 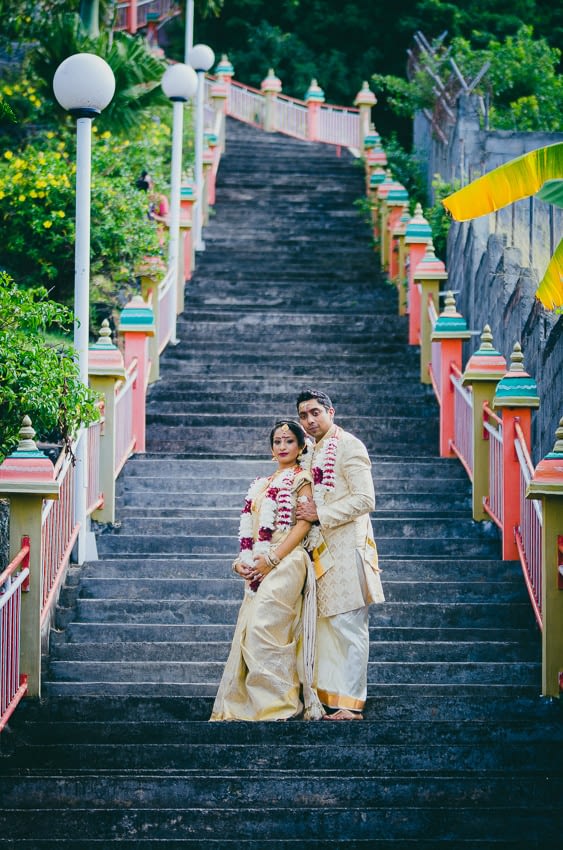 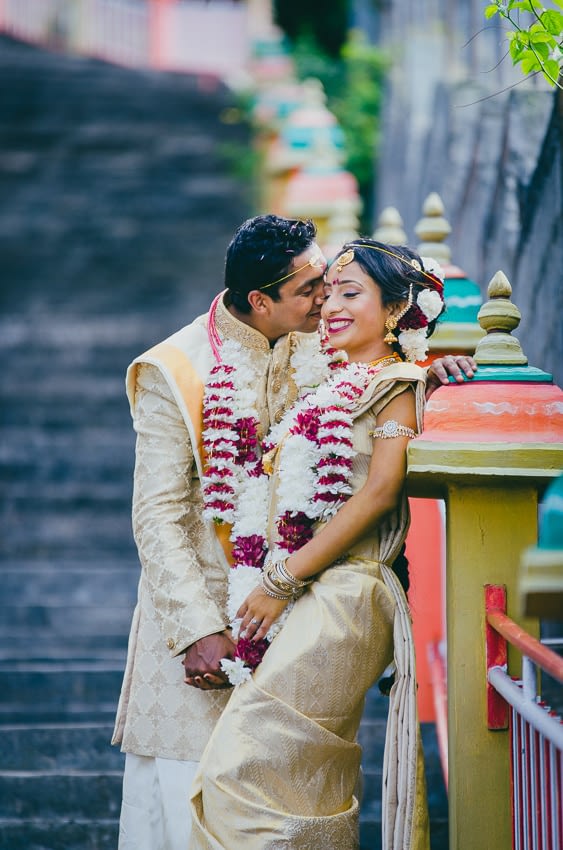 Held on May 21st, 2017, in Quatres Bornes at the temple Sivasoopramanien Korvil Wedding Hall in the presence of all the guests from both sides of the family brought together for the final Tamil Hindu wedding ritual, which is the Tamil Marriage ceremony itself. Equally present for the ceremony is the ever-so-faithful wedding photographer who ensures that every moment is captured, from the wedding flowers, to the bridesmaids and the wedding rituals and prayers.

A perfect way to end the day! Niven and Vani made the grand entrance as the official Mr and Mrs Rungien at the mesmerising, breath-taking and absolutely captivating location of Royal Garden in Beau Bassin , where they were welcomed by around 200 guests, some of which had travelled from as far as the UK to celebrate with the newlyweds.

By the time they had arrived, nightfall had equally made its entrance, itself welcomed by subtle garden lights and candles which lit up the walkways and the whole garden. The setting promised the most magical of wedding reception experiences. 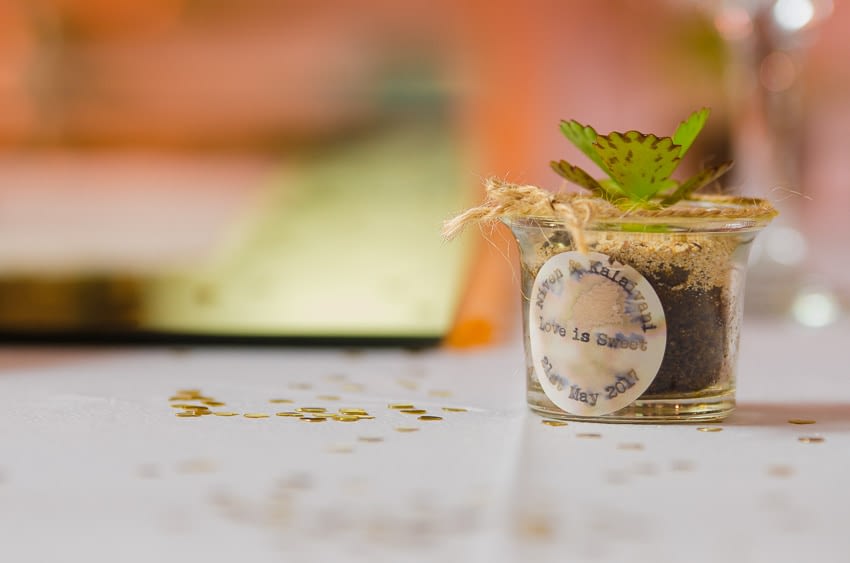 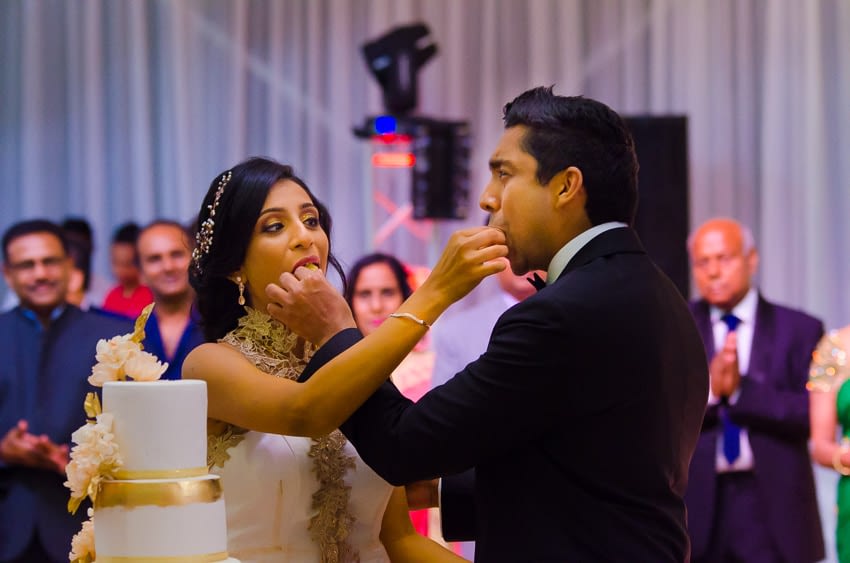 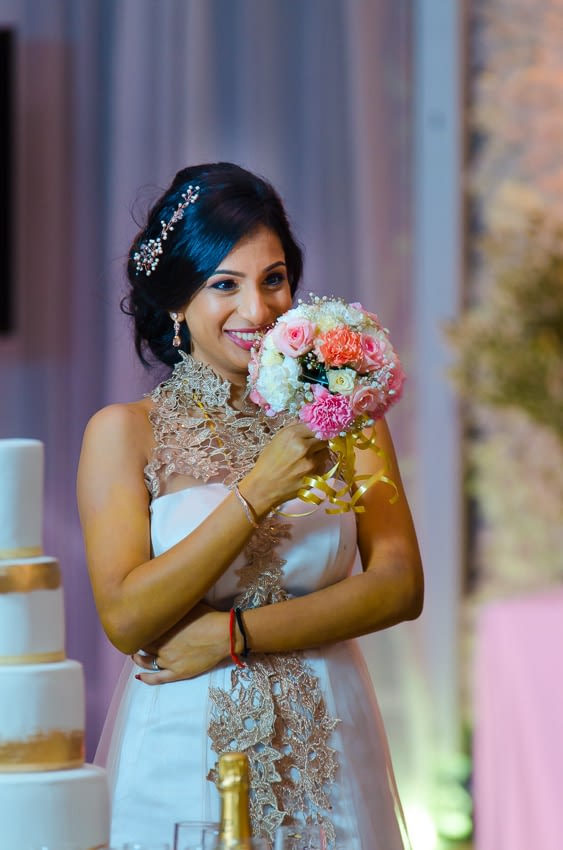 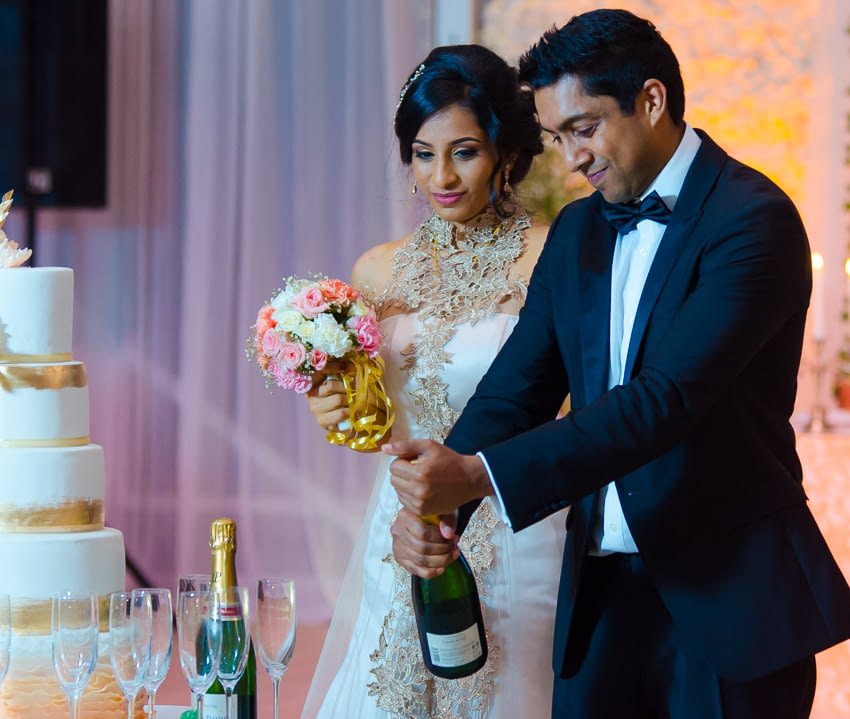 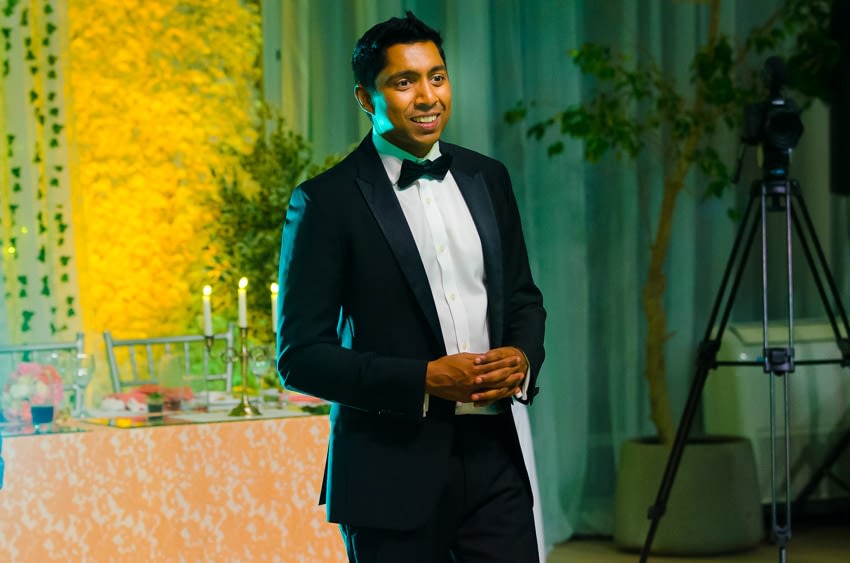 “I have faith in what I see”

First dances at weddings are always such emotional affairs for the crowd. Having chosen “Perfect” by Ed Sheeran, watching those two gazing lovingly at one another on the dancefloor truly did give one faith in what one saw. What a reviving and refreshing reminder that love will always find a way, no matter what the distance or circumstance, and when it does, magic happens. And while it may not always be easy, love is always worth it.

Wedding Photographer and Videographer in Mauritius